By adminSeptember 21, 2021No Comments

This model was first developed by Bruce Tuckman in 1965. It is one of the most famous theories of group development and has formed the basis of many other ideas since its inception. Tuckman’s theory focuses on how a team approaches a task from initial team formation to project completion. Tuckman later added a fifth stage; Adjourning and Transforming to cover the finishing of a task. Tuckman’s theory is particularly relevant to team building challenges because of the steps involved in completing any task performed by a team. One of the very useful aspects of team building activities over a short period of time is that teams have the opportunity to observe their own behavior over a measurable period of time. Teams are often involved in real projects that last months or years and it can be difficult to understand experiences in the context of the task being performed.

Teams are formed and tasks are assigned. Team members tend to behave independently, and although goodwill may exist, they do not know each other well enough to trust each other unconditionally. Time is spent planning, information gathering, and networking.

The team begins to tackle the task by proposing ideas. Different ideas can compete for promotion and if managed badly this phase can be very dangerous for the team. Relationships between team members will be established or severed during this time, and some may never recover. In extreme cases the team can become stuck in the Storming phase. If a team is too focused on consensus, they can decide on a less effective plan to accomplish the task in the best interest of the group. This leads to some problems. It is essential for a team to have strong leadership during this time.

When the team exits the Storm phase, they enter the Norming phase. This tends to move towards working methods that harmonize with teams agreeing on the rules and values ​​under which they operate. Ideally, teams begin to believe in themselves during this stage as they accept each member’s meaningful contribution to the team. Team leaders can step back from the group at this point, as individual members take on more responsibility. The risk in the normalization phase is that the team becomes complacent and loses the creative or motivational aspect that brought them to this stage.

Not all teams reach the Performing stage, this is essentially the era of a high performance team. Performing teams are identified as having a high level if independence, motivation, knowledge and authority. Decision making is largely collaborative and dissent is expected and even encouraged as there will be a high level of respect in the open communication between team members.

This is the final phase added by Tuckman at a later date to cover the end of the project or phase the groups is involved in. Adjourning refers to the team dissolving after the task’s completion. In a lot of cases this is inevitable as projects generally only last for a fixed period. Team members may find this difficult especially in the case where permanent groups are disbanded due to restructuring or reallocation to meet changing business needs. Transforming may not involve the team breaking up but instead moving onto new tasks.

Why not discover our team facilitation programs and find out how our team development programs can transform your group into a High Performance Team? 12 Strategies for Conflict Resolution in Teams 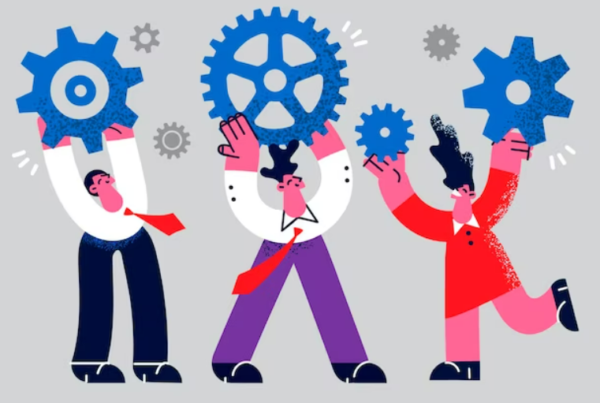